June 2019 .........BUBBLE BRUNCH on the Beach
Grasmere and Cameron Lakes Bluebelt Conservancy, Inc. and the Cameron Club of Staten Island sponsored ...
A Celebration and Thank You to our Donors and Supporters
a chance to see our Full Lake Aeration System in Action.
Homemade quiche and frittata,ham,chicken bacon and apple sausage, delicious fresh fruit salad, bagels, muffins, donuts, brownies...
greeted our guests on Saturday June 21st, 2019 on the Cameron Club Beach in Grasmere.
Bubbles galore, beautiful weather and lots and lots of raffles made for a successful event.
BUBBLES EVERYWHERE!!! 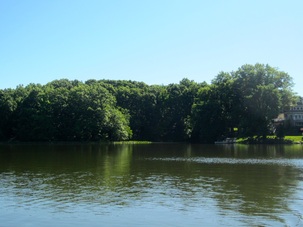 The Grasmere and Cameron Lakes Bluebelt  Conservancy, Inc. was established in 2011 by concerned members of the Staten Island community whose love for the lakes and ponds of Grasmere  compelled them to form this  not- for-profit,tax-free organization,a  501(c)(3).


The mission of the the Grasmere and Cameron Lakes Bluebelt Concervancy ( GCLBC) is protect the natural ecosystem, maintain the  water and to educate the  public about Brady's Pond.

Brady's Pond is a  special pond in a special place,
Located in the heart of Grasmere on Staten Island...the" forgotten "borough of New York City.

Believed to be the  only naturally swimmable pond on Staten Island, it's quiet solitude lies  only a short distance from the  busy Verrazano Bridge.
Brady's Pond is a hidden treasure in the midst of encroaching civilization.

It is a home to an mature and thriving  fresh-water ecosystem  that has  survived gentrification and development.
In Brady's Pond there exists a special  harmony,a balance between the needs of nature and the needs of man.

Approximately 30% of the shoreline of Brady's Pond is a New York City Park area. Rustic and rugged the shores of Brady's Pond Park are open to the public. It is not unusual to see a  quiet fisherman sitting on the shore  casting out into the water. He might be lucky and catch a largemouth bass.... but he'd probably be just as happy with a sunfish. 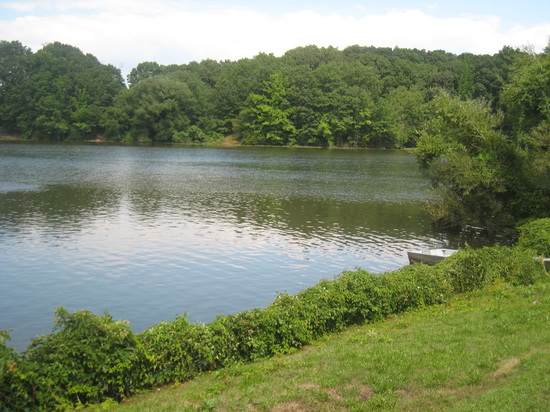 Accepting  storm water from  23 acres of the adjacent Staten Island Expressway  as well as  approximately  10 acres of adjoining streets adjacent to it's eastern shoreline, Brady's Pond  is the first line of defense against flooding by acting as a gigantic storm basin.
As we have seen in the past few years, significant rain and storm events have  hit Staten Island causing considerable damage and destruction.Without the help of Brady's Pond and other naturally occuring storm basins flooding could be catastrophic.


Protects homes,highways and streets from flooding

Brady's Pond accepts this storm water from runoff of the 33 acres of highway, streets and park as well as from surrounding homes. Storing it and releasing it gradually via a "weir". A mechanism that allows the water level in the lake to be controlled .This  excess water   flows  via an undergound pipe under West Fingerboard Road to Cameron  Lake. As part of the South Beach Bluebelt system, from there the water journeys  naturally via underground streams  traveling down and out into the Raritan Bay.